How To Be Purpose-Driven In Your Relationship

How to Be a Mompreneur: 6 Tips for New Moms Looking To Start Their Own Business

Are You a Brilliant Person?

9 Things You Should Never Buy at a Thrift Store 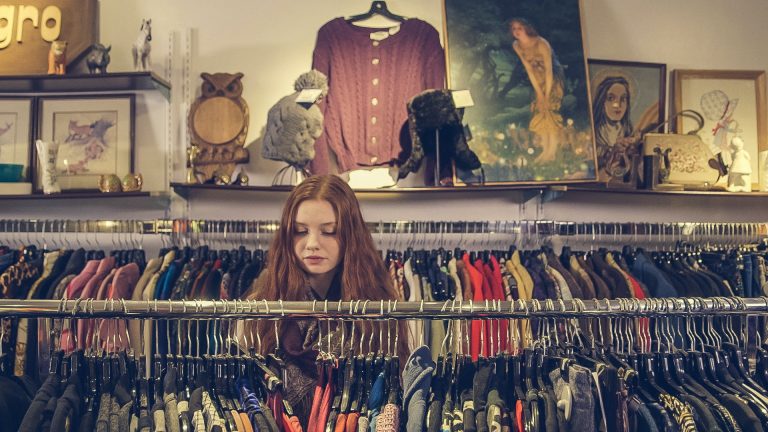 Thrifting is a great way to buy high-end clothing and accessories well below retail prices. That being said, some items are difficult to clean and could potentially carry harmful germs. You probably want to avoid items like plush toys, undergarments, linens, and more.

You can never be too careful when it comes to children’s safety equipment.

Unlike with clothes, the faults on cribs, strollers, and car seats aren’t always visible. According to the US Consumer Product Safety Commission, it’s illegal for stores to sell recalled items. However, resellers like thrift stores are not required to check items for safety.

That being said, you’ll want to thoroughly check any secondhand child items you’re interested in buying.

Hats and helmets can carry lice and infections.

That’s not to mention that protective bike and motorcycle helmets are only built to withstand one impact, according to WebMD.

Because it can be difficult to know the history of used headgear, you’re better off safe than sorry.

Electric appliances — especially ones that are vintage — might not work properly, so they could be a waste of money.

Luckily, many stores let customers test items out to make sure they work before buying them, according to the Krazy Coupon Lady.

Kids’ teddy bears can carry germs from “drool, dead skin, and snot,” according to The New York Times. That’s not to mention how odors, bedbugs, mold, and other allergens can cling to them.

Of course, you can wash most stuffed toys in the washing machine, but the process can sometimes cause more harm than good by disfiguring the plush. Germs can also still linger after sanitation.

Keep an eye out for anything that looks damaged or stained.

While most thrift stores are pretty strict about which donations actually hit shelves, there’s no uniform standard for deciding which items will be sold and which won’t.

Be sure to thoroughly checking anything you’re considering buying to make sure it doesn’t have any lingering odors or stains, and that it fits and is in otherwise good condition.

You might make an exception for bras and underwear that have clearly never been worn, and still have their original price tags on them. Otherwise, you’ll want to avoid any garments of the sort.

The same standard that applies to undergarments, applies to bathing suits. Just don’t do it!

Raincoats can become damaged after being washed or after a particularly intense storm, and many jackets simply become less waterproof over time, according to Outdoor magazine. Plus, rain boots usually wear out after a few seasons.

Like worn clothes and plush toys, used sheets, blankets, towels, and other linens run the risk of being contaminated with bedbugs and other germs. And unfortunately, washing such items in hot water might not be enough to fully decontaminate them.

Instead, you might want to check sale sections at department stores for inexpensive linens.

The same goes for used mattresses.

Although mattresses aren’t always sold in thrift shops, it probably isn’t be the best idea to buy one if you come across it.

After all, mattresses, bed springs, and other bedroom furniture are some of the most common places to find bedbugs and other mites — and you certainly don’t want to bring them into your home.

Secondhand shoes can be tempting, but they aren’t always worth the risk.

If you buy shoes secondhand, you could be exposing yourself to any fungus or skin issue the previous owner had, according to thrifting blog Six Dollar Family.

How To Be Purpose-Driven In Your Relationship

By The Brilliant Culture2 weeks ago0

Why do some couples succeed and stay together while others struggle? Is there something key…

How to Be a Mompreneur: 6 Tips for New Moms Looking To Start Their Own Business

Are You a Brilliant Person?